Over the years I have come across clusters in all sorts of states. Many with nodes that have a mixture of none standardised names or letter case. In my mind, a naming standard for nodes should be decided on in advance, one that will allow for additional nodes to be added to the cluster at a later date.

The issue that I come across the most, is that of cluster node names that are a mixture of upper and lower case. This in itself wont stop the cluster functioning but it is a personnel bugbear of mine.

Nodes can be add to a cluster in a mixture of case due to a number of reasons such as the case of the NETBIOS name and its not something you can ever be sure of when using the GUI.

One way you can be sure that the case will remain at what you specify, is to use the cluster.exe command to add the nodes to the cluster. The following shows one of the ways it can be used to import a new node into a cluster. 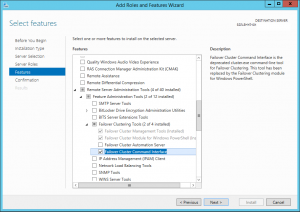 Once the feature has been enabled, its possible to go ahead and use cluster.exe to add the node into the cluster in the necessary case.

Once the command has run successfully and the node has been added and validated against the cluster, things will look nice and standardised. 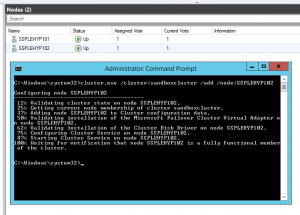